The world’s most advanced and effective 12 week transformation system, changing each graduate both inside and out. There is no better system to safely lose and keep off the most body fat possible in 12 weeks. Unlike other systems however you will set personal strength bests, gain the most lean muscle mass possible, AND increase all around athletic performance & overall health.

The amount of muscle Bryan has gained, in such a short period of time is nothing short of staggering. When you take into account that he did it while simultaneously losing a huge amount of body fat AND becoming stronger than ever, it becomes almost unbelievable! At 43 years of age, he is the living embodiment of the rejuvenating benefits of strength, I think you will all agree that he looks much younger!

Lets talk about strength for a moment, when Bryan came in, his max on the Military press was 45kg, at the end of the Amazing 12, he was pressing 60kg for sets of THREE! 15kg (33%) over his old max, for multiple sets of multiple reps, in just 12 weeks. We are testing his new max next week and, from how easy that 60kg looked, I’m predicting close to 70kg as his new max, a potential 55% increase in 3 months of training.

Lets here what the man himself has to say:

Since turning 30 (13 years ago), I had gradually gained a kilo of flab per year. I had never been on a diet or enrolled in any fitness program, so when I met Ben, I explained my goal was to simply lose weight and maintain strength. The first task was a strength test, followed by a “before photo” – it was a sobering experience. Head down, 12 weeks later, I have dropped at least 2 stone of flab, 5 inches off my waist, can run 5 by 7 minute miles and am a lot stronger.

Here is Bryan, from the latest round of the Amazing 12 at The Forge Gym Cork. 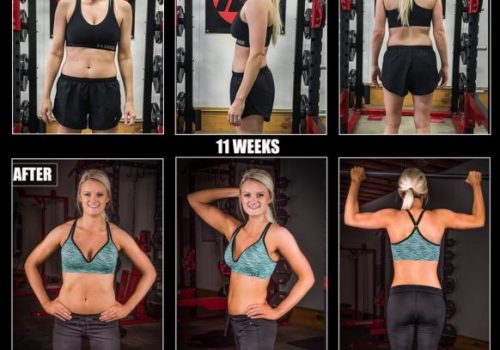 Back in June Rachel began a 6 week wave with the intention of gaining muscle and learning great lifting technique.…

From Wichita, Ks. at BeStrong Training meet the next a12 graduate, my friend Emily. I met Emily about 6 years ago…

Don't settle for any less then the best. You deserve it! Contact me today for the personalized one-on-one training you deserve.
Join the Revolution
©2022 Vigor Revolution. All Rights Reserved.
Back To Top
Search