The world’s most advanced and effective 12 week transformation system, changing each graduate both inside and out. There is no better system to safely lose and keep off the most body fat possible in 12 weeks. Unlike other systems however you will set personal strength bests, gain the most lean muscle mass possible, AND increase all around athletic performance & overall health.

What is the keto diet?

Limiting your carb intake to 25g net or less (net refers to the vegetables and other minimal carb sources eaten minus their fiber content) will put the body in ketosis within 72 hours depending on the individual and the amount of stored glycogen. Some will be able to consume more carbs each day and stay in ketosis. This is dependent on a variety of factors, intensity of physical activity seems to be the greatest factor. Individual carb levels can be tested following several months in ketosis.

Over a very relative short period of time the body becomes what is termed as “fat adapted,” meaning it is far more efficient at burning fat for energy. For those looking to live leaner, healthier and stronger, with far less body fat, this is fantastic news.

Having stable blood sugar, and more importantly, stable insulin levels creates numerous health benefits for those who have had a history or insulin problems, including insulin resistance and diabetes. Many diabetics thrive on the ketogenic diet as a result of completely stable blood sugar levels throughout the entire day. 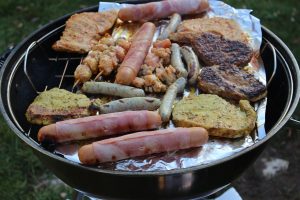 The ketogenic diet originated in the early 1900’s as a way of preventing a particular type of seizures in children, now it is being recognized and studied as a treatment or component of treatment to treat a variety of neurological disorders.

If you have struggled to lose body fat, or to keep it off after it is gone for a period of time, and show signs of insulin resistance, this plan will be optimal to help you relearn what types of carbs make you healthiest and happiest, and in what amounts you should eat them. The information I’ve included in this beginner keto diet plan is inspired by the work of the most recognized and respected ketogenic researchers and advocates.

I have written a plan for my vigorous students, those that I teach kettlebells, barbells and calisthenics to in-person.  This plan is based on my young 7 monthjourney into the ketogenic diet.  During this time I have read up on and reference the leading authorities teaching others how to create not only amazing changes in body composition, but more importantly dramatic changes in health conditions. 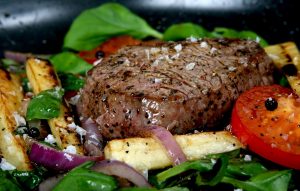 My new keto diet plan includes everything you need to know to get started: 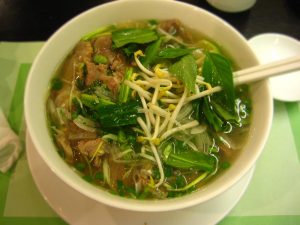 *If not currently training; a limited exclusive training program opportunity designed to accompany the keto transition.  This plan delivers PERMANENT changes in physique, while regaining lost strength and athleticism.  Leaner, stronger, healthier, and moving your best since childhood ALL in one plan.

This site uses Akismet to reduce spam. Learn how your comment data is processed.

You Already Lie to Yourself, Use It to Workout & S

🪄Turning ONE Pho into THREE 🪄🪄🪄 #Gans

This guy definitely does NOT put his weights back

Goals - You Have to Get Specific or You’ll Miss

Time for another edition of… “Guess What City

Controversial opinion: Express yourself fully at

Load More Follow on Instagram
Follow Us
Mailchimp Newsletter
Don't settle for any less then the best. You deserve it! Contact me today for the personalized one-on-one training you deserve.
Join the Revolution!
©2022 Vigor Revolution. All Rights Reserved.
Back To Top
Search